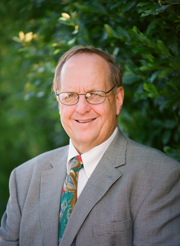 In addition to his practice in Vallejo, he directs a clinical research unit dedicated to the development of new therapies for viral infections of the skin and other common skin conditions. This unit performs clinical trials for major pharmaceutical and biotechnology companies as well as the National Institute of Health. These research activities have been internationally recognized. In 1997, Dr. Beutner co-chaired the American Medical Association Consensus Conference on External Genital Warts.  In 2002 he also co-chaired the American Medical Association Consensus Conference on Genital Herpes